Valentine’s Day last year, my heart was left broken. Granada had me completely enamoured, under its bewitching charm and in a state of enraptured stupor. The city, it’s people, and of course, the tapas, had me so fazed I sometimes (more like every day spent there) forgot what I was supposed to be doing (talk to any Erasmus student and this seems to be the norm). Uni had been tough, yes ** don’t worry this is a rant-free zone** but I had reached a point (FINALMENTE) where I actually felt not even Spanish, but Andaluza. Whether Granada approved or not, I considered myself an honorary Andalusian, not a tourist. The city had an overwhelming power to make me feel I just needed to be part of it. This sounds incredibly cliché and perhaps portrays me as a little obsessed, but it is what it is. Go there and you’ll find out. 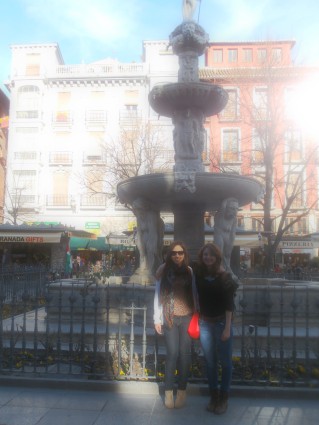 Town stroll with my Irish girl 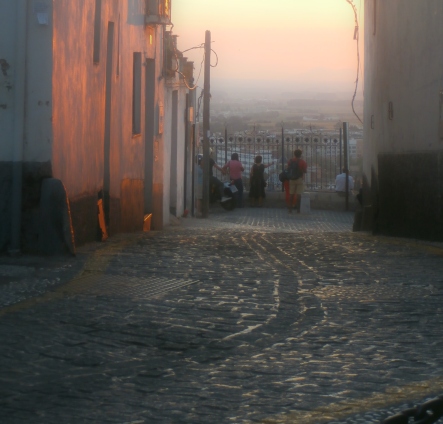 For me, the transformation from being naïve foreigner to feeling like “THIS IS HOME” was incredible. Outside of classes I realised what was helping me most to improve language (and therefore mood); making a genuine effort to integrate.

Trying to attain a clear Castilian accent was dropped for liberally slurring words – aka my attempt at speaking andaluz, although at times I’m pretty certain I did not have a clue what I was trying to get across. Staring became less of an annoyance and more a way of life. It’s just people being curious I guess. When you live in such a vibrant place why wouldn’t you want to look at the things around you? Uncertainty over how to approach social situations within a different culture was overcome by abandoning that innate British feeling of awkwardness. Want something? Go and get it. Problem? Sort it out, or get over it.

Andalusia is loud, open, unique and alive in character, all admirable traits its people also possess. A selection of whom, if it weren’t for their kindness, friendship, and patience, my Erasmus stay would not have been as enjoyable as it was.

Sole had been on the Erasmus programme in Rome the year before, and knew the whole deal with being the newcomer; taking pity on ‘la pobre’/the poor girl, she taught me that it is okay to make mistakes and that ‘people stare because they’re stupid. Stare back.’ Okay so maybe people should be a bit less obvious with their curiosity…Preach! Being a student of the ‘Facultad de Medicina’ in Granada, she was into fundraisers (they all go on a big holiday at the end of term), which meant serious socialising. I tagged along to a few, which consequently meant drinking enough sangría to become fluent. And you know what, I think it worked. Eventually. I can’t thank this girl enough for being so welcoming, and giving me the chance to understand what it really means to be Spanish, to be andaluz.

Through friends of friends I also had luck in finding an intercambio partner, Cristina, who was studying education at Granada. To my surprise, she and her group of friends had found difficulty in coming across a native English speaker to practice their language with, which is weird, because a few English people I knew had had the exact opposite problem “SPANIARDS? WHERE DO YOU FIND THEM?”

Going for un café and tapas with them was a novelty at first.

‘Okay more of them are joining. Cool, this is good. Making friends. Oh my god. They’ve started speaking to each other. Woah. That’s fast . What did she say? Okay nope yeah didn’t get that. Okay she’s repeating what she said. Yep. Got it. That definitely was NOT Spanish. Okay coffee is here, good. I don’t drink coffee. Smile. Look like you’re part of the conversation. MUY BIEN’

The more I met up with them, the quicker they clocked on when I just wasn’t comprehending, and respect to them, they actually strived to make me understand, and speak, and learn how to roll my bloody R’s. Which is apparently my go-to for making Spaniards laugh.

By Christmas I was drinking coffee every morning, I was often late to class (okay fine I have always been THAT person), and there was nothing better than tostada andaluz to start the day – I will have my toast drenched in olive oil, covered in tomato pulp and sprinkled with salt, por favor. Being in the ‘queue’ at the Mercadona delicatessen no longer struck me with a chilling fear and I just did not care that everyone at my perfect gym was so tanned-toned-fit’n’ready; ONE DAY I SWEAR. UN DÍA. Instead I did my thing like los andaluces; ate some tapas, enjoyed what was around me, shouted for my order and learned to say yes more. 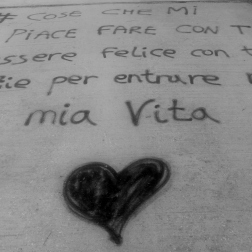 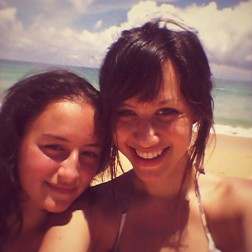 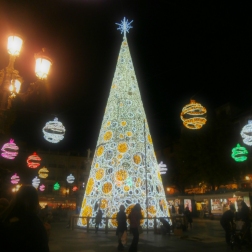